Travel + Leisure has released its 2022 World’s Best Awards and it has named Chicago one of “The Best 15 Cities in the United States” and has the independent boutique hotel SOPHY® Hyde Park as 8th top hotel in the city. The public that voted noted that Chicago has everything that’s good in any large United States city, particularly citing its Midwestern charm, and well-oiled public transportation system. Every year the magazine puts out a survey for its readers to vote and share the great vacation spots from around the world. SOPHY’s Chicago location is a 98-room boutique hotel located at the center of the Hyde Park neighborhood, and the it ranks with some of the larger hotel names like Sofitel, The Peninsula, and Hilton in the top 10 list.

“Since the day it opened, the hotel has been a shining star among our independently owned hotels,” Sara Masterson, president of Olympia Hotel Management which runs SOPHY® Hyde Park, said in a press release. It is a feat for a hotel not part of the Hilton, Marriott, and InterContinental to receive public recognition considering that these three hotel chains control more than a third of the market in the United States, as published in a study from The Journal of Hospitality Financial Management. “For an independent boutique hotel on Chicago’s South Side, this is an extraordinary moment,” General Manager of SOPHY® Hyde Park Anthony Beach said. “We are immeasurably grateful for the recognition … I couldn’t be prouder of our SOPHY Hyde Park team for going above and beyond every day. This is a win for all of us and for the historic Hyde Park neighborhood.” 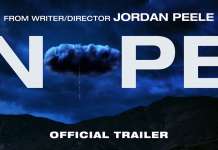 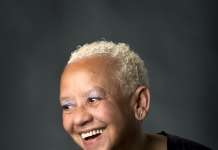