Domestic and international tourism from big events are driving up Chicago’s rental economy, according to Airbnb survey numbers. Notably, last year’s July music festival, Lollapalooza, brought in a total of $2.5 million to Chicago. That’s from Airbnb rentals alone. With this year’s incarnation of the festival coming next week July 28–31, Chicago may be in for another million-dollar revenue over the course of just a weekend as U.S. and foreign music lovers will once again flock to the city. Prospects are even brighter with the 140 percent surge in searches for a weekend stays in the city that was recorded by the rental platform earlier this year. “Big events with a high demand for accommodation — like music festivals — are a tremendous economic opportunity for current and prospective hosts, while also bringing valuable tourism dollars to our Chicago community,” Lara Dailey, Public Policy Manager for Airbnb, said in a press statement. “Airbnb is proud to play a role in welcoming back these events to Chicago and to spread the benefits of tourism in the Windy City.”

While substantial, the Lollapalooza weekend only accounts for about 2.5 percent of Chicago’s Airbnb rental income from last year. In 2021, the company recorded that hosts from the city collectively earned a total of $100 million, saying many of the city’s residents rely on the rental dollars for their household budgets. “One in three Hosts in Chicago said that the money they’ve earned by listing space on Airbnb helped them stay in their home,” Airbnb stated. “More than a third of Hosts in Chicago said either they or someone in their household experienced a pay cut or lost work hours in 2020 because of the pandemic.” Meanwhile, more than a quarter of the Airbnb hosts said they were laid off or lived with someone who did. “Home sharing has served as a source of income for thousands of Hosts across Chicago. Nearly half of Hosts surveyed in Chicago are either themselves or someone in their household a small or independent business owner.” The company added that majority of hosts are teachers, comprising over a quarter of all Airbnb hosts. Healthcare workers comes in second at 16 percent 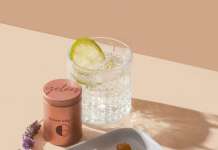 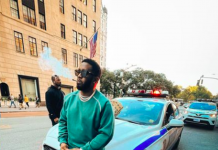 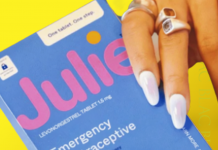 ‘Julie,’ The Newest FDA-Approved Morning-After Pill, Was Created By A Black Woman