President Joe Biden on Monday officially launched the application for student loan relief, after the test version of the site went live this weekend — a long-awaited first step to fulfilling one of his campaign promises just weeks before the midterm elections.

“Today marks a big step among others that my administration is taking to make education a ticket to the middle class,” Biden said.

“A new student loan application is now open. If you have federal student debt please visit student aid.gov. It’s easy, simple and fast. And it’s a new day for millions of Americans all across our nation,” he said.

Secretary of Education Miguel Cardona said after the Monday briefing that over 8 million borrowers have already applied for loan forgiveness through the “beta” — or test — version of the application, launched on Friday.

The rollout is a much-anticipated move to accomplish Biden’s August announcement that individuals with student loans making less that $125,00 can apply for up to $10,000 of debt relief, or as much as $20,000 for eligible borrowers who were also Pell Grant recipients.

“As millions of people fill out the application. We’re going to make sure the system continues to work as smoothly as possible so that we can deliver student loan relief for millions of Americans as quickly and as efficiently as possible,” Biden said on Monday.

“My commitment was, if elected president, I was going to make government work to deliver for the people. This rollout keeps that commitment, just as I’m keeping my commitment to relieve student debt as borrowers recover from this economic crisis caused by the once in a lifetime pandemic.”

The federal student loan forgiveness plan will cost $400 billion over 10 years, according to a revised estimate in late September from the Congressional Budget Office, which is a lower number than from one leading outside estimate.

“In total, more than 40 million Americans can stand to benefit from this relief, and about 90 percent — 90 percent of that relief is going to go people making less than $75,000 a year,” Biden said. “Let me be clear: Not a dime will go to those in the top 5 percent of the income bracket. Period.”

Biden said on Monday that the country is “on track” to reducing the federal deficit by $1 trillion this fiscal year, along with reducing it by another $300 billion over the next ten years because of a provision in the Inflation Reduction Act that allows Medicaid to now negotiate drug prices with corporations. 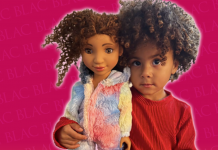 What the What? Crypto.com inks naming rights deal of Staples Center.