In Chicago, Governor Pritzker declared monkeypox a public health emergency in Illinois, on Aug. 1. This declaration comes weeks after the Biden administration declared monkeypox a national public health emergency with cases on the rise across the U.S. and the world. Here’s everything you need to know about the virus and what the state is doing to curb its spread in your community.

Monkeypox is a viral infection closely related to smallpox and causes the same symptoms — flu-like fevers, headaches, backaches, muscle aches and chills. The virus is rarely fatal. There are 90 confirmed cases of the virus in Illinois, 556 of them in Chicago. There were 14,115 confirmed monkeypox cases in the U.S. as of Aug. 18, according to the Centers for Disease Control and Prevention (CDC).

What Are Chicago Health Professionals Saying?

Dr. Allison Arwady, chief public health commissioner for the Chicago Health Department, has a helpful mnemonic for MPV: “M [involves] monitoring cases and contact tracing; P [is for] providing resources and education; V [involves] vaccinating those at highest risk,” according to the Windy Times. She is keeping tabs on this disease that is impacting Black, brown and men who have sex with men the hardest. Dr. Arwady is working with community partners like Dr. Maurice Brownlee, medical director and chief wellness officer at Baal Perazim Wellness & Health, to spread the word about monkeypox with the “Monkeypox Home (MPV-ATV) Program.” There are two locations, one at Northstar where “we do testing and provide vaccinations.” The other location at Hallstead on the south side of Chicago provides monkeypox mini-center testing, vaccination and assessments. Dr. Brownlee urges religious ministers to talk about monkeypox with their congregations and encourage members to get tested.

How Is Monkeypox Caught?

The virus is transmitted by close, personal contact, including skin-to-skin touches, kisses or other sexually intimate contacts, or by touching fabrics or objects touched by someone infected, according to the CDC. It can also be transmitted to the fetus.

“Public health efforts should prioritize gay, bisexual, and other men who have sex with men, who are currently disproportionately affected, for prevention and testing, while addressing equity, minimizing stigma, and maintaining vigilance for transmission in other populations,” the authors of the report said.

Additional analysis shows that all of the patients had a rash. However, a genital rash was more commonly reported in the current outbreak than in the U.S. than in other countries. It was the most common location for rash (46%), followed by arms (40%), face (38%) and legs (37%). More than a third of cases with available data reported rash in four or more regions.

Who Has the Highest Risk of Getting Infected?

According to the CDC, the current risk to the public of contracting monkeypox appears to be low. If you have symptoms of monkeypox (such as rash or lesions like those in the photos above), contact your healthcare provider. This includes persons who:

Monkeypox can infect anyone, but the majority of cases in the U.S. outbreak have been among men who have sex with men, including gay and bisexual men and people who identify as transgender. Close contact with an infected individual is required for the spread of the monkeypox virus, experts say.

Where Can I Get Vaccinated?

The CDC initially announced vaccines were being released from the strategic national stockpile and offered to the high-risk contacts of monkeypox patients, as well as the health care workers treating them. Federal health officials have since expanded vaccination efforts to focus on the broader community of men who have sex with men, the demographic that makes up most U.S. monkeypox cases.

“I know right now that the people within the community are very frustrated … because they’re [receiving] calls [or] they get messages [that] they have to wait for people to call them back,” Dr. Brownlee said. “Everybody needs to understand that we are trying. And that people that are working in these places, the providers, [will be] getting back to you.”

“We have been able to vaccinate over a thousand plus people over the last two to three weeks.”

There are seven monkeypox vaccination sites in Chicago:

Acupuncture Can Improve Your Sex Life 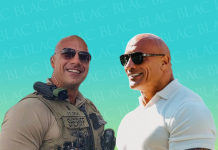 Your Doppelgänger is Out There 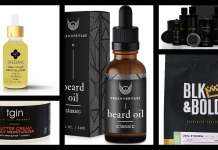 Black Fathers, and the Pain of Pregnancy Loss

Culture, Identity, and Hair: Understanding How Alopecia and Hair Loss Can...