How many vegans do you know? Better question, how many times have they tried to convince YOU to go vegan too? Honestly, it would be surprising if you weren’t at least tempted. Even past a surface glance, veganism–which decries the use and consumption of all animal products in food or otherwise– seems like an all-positive solution to problems like obesity, heart disease, diabetes, and other conditions that plague the Black community in droves.

“So that’s it, then! The cure for Black people’s ills is to go vegan!” Well, not exactly. Under the skin, the issue of veganism can get messy. A plant-based diet might be healthier than how we eat now, but that doesn’t mean it’s the healthiest option, or even one that fits best in the lives of most Black folks.

Read on for our unpopular opinions on why going vegan might not be for you, especially if you’re a socially-minded member of the Black community.

One of the primary arguments voiced against going vegan concerns all of the nutrients, raw protein, and essential compounds that the human system misses when you start a completely plant-based diet. The vegan diet is notorious for lacking in sources of vitamins like B12 and Choline, which are vital for a healthy, functioning nervous system. Real, usable choline is found in things like eggs and it’s hard to synthesize to make it good for the body, so most vegan substitutes don’t bother.

Many Black people suffer from genetic health conditions and deficiencies that occur even when their diet is balanced. A lack of nutrients, especially nutrients you’ve been eating your whole life and suddenly find yourself going without, can exacerbate certain health issues and actually make you feel worse overall.

During a panel about Black veganism on The Grapevine TV, an interview/commentary style seminar channel created by Ashley Akunna, many respondents revealed that they’d tried to go vegan and then felt weak, tired and frail for weeks.

“I went vegan for like a month, and it was the worst month of my life. I was tired, cranky and poor. I felt and looked awful to the point that people were begging me to eat meat,” said a panelist who went by ‘Juice’ (@Juic3_NoChas3r).

“That can’t be healthy either, feeling tired and shaky for multiple weeks!” said another panelist. “I tried to let it ride, I really did. But what I was missing was more than taste. My body knew certain things just weren’t there.”

Quality of plant based ingredients can vary

People who follow veganism often claim that the answer to every dietary or smaller-health issue is just to switch to a plant-based diet. However, that assumes people have both the access and means to acquire truly fresh, organic and or vegan-friendly produce.

That being said, it goes directly into our next caution to Black people about veganism, which is that Accessibility and price factor can be a problem. Food deserts and grocery deserts are a thing, and they’re usually a prominent problem in POC and majority Black areas. Depending on the social and economic factors at play wherever you live, grocery stores might struggle to keep food in stock more than a few days off the sell-by date, let alone keep organic, expensive produce and substitution products on the shelves.

“I think I spent more on being vegan for one month than I did in one semester of my college education,” ‘Juice’ said during the panel. “The choice to go vegan and even have this conversation is a privileged one that a lot of people just don’t have. They shouldn’t be blamed for that.”

It may not work for your body and personal health

Humans and their bodies truly are like snowflakes; each one is different, reacts differently to stimuli and has different needs. Quitting meat and animal products cold-turkey, or even on a slow drip process, can be a shock to the system and even harmful in the long run. Switching to veganism without mind to more extreme rules of the practice or bringing the same unhealthy recipes to apply to plants can be just as detrimental to your health as sticking to a meat based diet. And, not every ingredient that’s vegan is healthy, and vice versa.

“I went vegan for a while and I’ve felt nauseous and off since. It hasn’t been pleasant, and it happened to media maven Karen Civil. She was found unconscious on the ground, because her body just couldn’t handle it. But when I travelled to Cuba, where everything you eat came straight from the bone or straight from the ground, it totally changed my body and I felt so much cleaner. It’s not a lack of meat, it’s quality and cut-back,” said panel respendee Latasha (@JustLatasha).

Racism can be an issue in ingredients/the community

For this point, it’s easy to go to social media discourse and see the disconnect between the vegan community (which is mostly white and middle-to-upper class,) and the needs and reality of the Black community, health and privilege-wise.

“White vegans love telling Black people how they should be eating but don’t even know what a food desert is. Kiss my ass, respectfully,” tweeted TheBlackFemmeSoul.

And that right there is half of the point. Those who haven’t lived in a food desert will never understand how that affects the way you seek and prepare sustenance for your whole family, and that has proven difficult to get into the heads of many non-Black vegans.

In addition, opinions like the one posted by Guys, I’m not retracting my last video. I stand by my ultimate point: I support blm, but I don’t believe vegans or any other activists *must* show their support. Just like I don’t think any other cause must speak [out] about any other cause.

Opinions like the ones posted by @Unnaturalvegan further highlight the apathy in white veganism and kindness to the struggles of Black americans. “Guys, I’m not retracting my last video. I stand by my ultimate point: I support blm, but I don’t believe vegans or any other activists *must* show their support. Just like I don’t think any other cause must speak [out] about any other cause,” they tweeted, and were swiftly met with backlash.

People like James McNeil may think they’re helping convince us by comparing eating meat to slavery and pushing Black people to the forefront of the issue, but it just comes across as offensive and patronizing.

Your culture can be linked to your food

Most forms of American food and cuisine are inherently fattening, this is true, and serves as the basis for most pro-vegan arguments, particularly from the American sect. But another viewpoint on the issue is exactly that–Americans might benefit from going totally vegan, but Black people living in different countries or areas of the diaspora that are intrinsically linked to preparation and sharing of food may have a different opinion. Not only is home-made food from other countries and cultures notably better quality than American food and produce, but cooking is about a lot more than food.

Fufu made from solely vegan-approved ingredients might not even taste like Fufu anymore, and the act of sourcing the traditional ingredients and preparing them a certain way may be a healing, therapeutic practice for some. I can’t imagine having a Christmas without my aunt’s Puerco Asado–that taste is tied to memory and happiness for a lot of people in my family. Shaming us or anyone else for wanting to taste the authentic flavors of their culture or preparing food the way their ancestors did is ignorant, plain and simple. 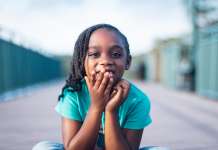 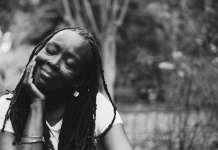 A New Way to Medicate: Positive Effects Cannabis Has On Your...